Golf Selling or Old-Fashioned Selling? How to Walk a Gimmick-Free Path to a Million Bucks a Year 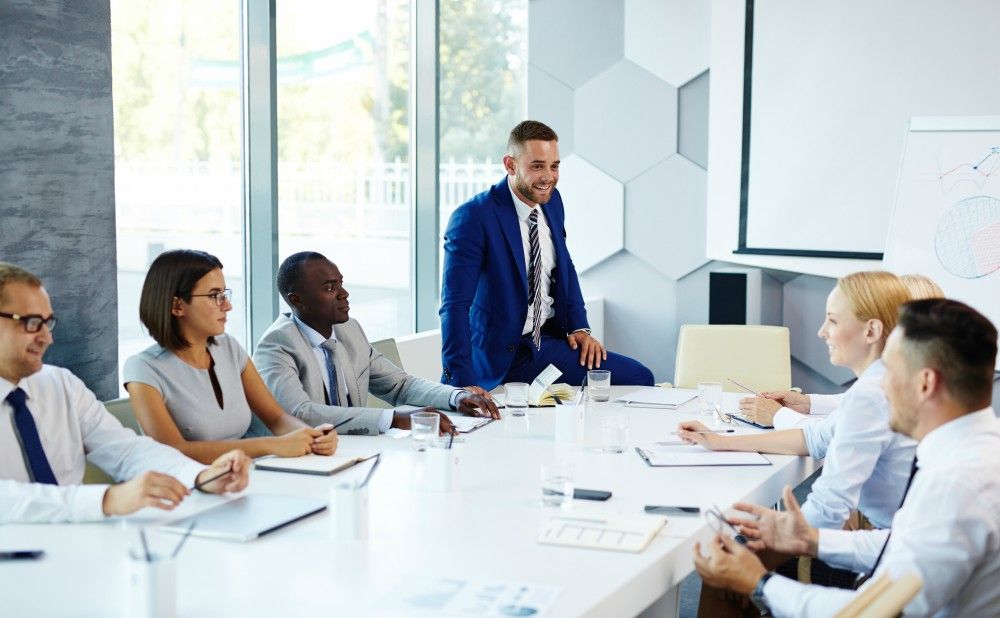 Now everything is consultative this and question-based that. Those are great techniques, of course, but when did energy go out of style? When did it become a crime to want to sell something?

Maybe some of it has to do with Glengarry, Glen Ross. Maybe people didn’t want to be that aggressive type of salesperson. Or maybe the play and the movie were just reactions to what was already happening in the real world.

Either way, when Alec Baldwin says ABC stands for Always Be Closing, it sounds cheap and dirty. It comes across as manipulative. Always Be Creepy.

These days, with the proliferation of books on how to sell with this gimmick and that gimmick, ABC is more like Always Be Clever. Old-fashioned is out. Cleverness is the name of the game.

No, it’s the desire to get off your butt and do something. To go out there and make something happen. As any salesperson knows, it’s a whole lot easier to make something happen when what you have matches what the customer needs. Forcing square pegs into round holes has never been a recipe for doing things the easy way.

So let’s change ABC to something else: Always Be Constant. Be who you are and, if you have what it takes, let it take you all the way to wealth and success. And what does it take?

The Four Horsemen of the Commission Apocalypse

There are four qualities that, if you constantly feel them and display them, will lead you to success. These are the fundamentals that sales reps showed before they could check Facebook while doing cold calls and before 5 o’clock was a stampede instead of a trickle.

The four qualities are Drive, Courage, Knowledge and Honesty. If they sound old-fashioned, they should. Can you imagine how poorly a book would sell today if it were called “Sell More by Working Harder and Smarter with Courage and Honesty”? Sad, but true.

No, people want gimmicks. So here’s a gimmick for you to use with yourself or your sales people:

Golf Selling: Shoot Your Way to a Sales Hole In One

I guarantee you that anyone can make $100,000 a year within two years if they follow my proven Golf Selling technique:

Step 2) Speak to each of them with courage in your prices, knowledge of your goods and honesty in everything you do – just like you take courageous shots using your knowledge of the game and the course and you honestly keep your own score.

Step 3) Show the same enthusiasm and resilience when you’re talking with your prospects as you show in golf.

Once you see how well that’s working, contact 36 prospects instead. That’ll cut your time to earning $100,000 down to one year. You’ll be President’s Club and vacationing in Hawaii in no time. You’ll be pulling in a million bucks within a decade.

The truth, of course, is that selling isn’t so much science or psychology or voodoo. It isn’t gimmicks. It’s getting off the damn Internet and onto the phone, out of your office and into the prospects’ office.

If you are willing to work hard and you can communicate effectively, you can succeed at sales.

Imagine that. Think of all those people out there blaming the world for their problems right now. If they were willing to work hard and communicate well, they could be successes.

You can’t get the ball in the hole without taking a shot. And the more shots you take, the better you’ll be. Agreed?

Why doesn’t everyone just go out and do it? It goes back to the four qualities. People think they have the drive and they do… for a week. Or until the first few rejections. And then the visions of riches fades away and it’s much more rewarding to some primitive part of the brain to simply waste time on Facebook.

What else? People aren’t willing to put in the time to gain knowledge of and confidence in their goods. They don’t have the courage to keep at it and stand firm. And they’re more interested in quick fixes than old-fashioned, honest selling.

Everyone thinks they have it. But very few really do. What the rest have are excuses. Unfortunately, it’s hard to get rich selling excuses because everyone already has so many.

The truth is that those people need to just find a position where they can take orders or connect widgets or something else that requires very little from the person.

The Irony of Golf Selling

The only problem with Golf Selling is its central irony. If you want to succeed, you can’t actually play golf with your prospects. If you do, that’s only one prospect you can reach on a day. Maybe that’s on purpose. A lot of so-called salespeople would love to only have one rejection a day. The idea of 18 scares them to death. Besides, golf is fun and hard work isn’t. Who cares about success in the future when you can have fun now?

The old-fashioned salesperson, that’s who. He’s the kind who’s willing to Always Be Constant. Constantly working, trying, studying, learning and, most importantly, calling on prospects.

Success in sales is pretty darn simple. You have two choices for your career. You can try to be clever and meet with a whole lot of competition from other clever fellows. Or you can be honest, knowledgeable, courageous and work like the devil. If you choose the second path, you’ll be so unique that your success is guaranteed.

The hardest part of choosing the second path is staying on it. Success is often relative to the people around us. And so everywhere you go, the vast majority of other salespeople and proposal writers will try to tear you down. They don’t want to work hard, so they will psychologically beat you into submission until you don’t want to work hard either. It’s perverse, but true.

What Do You Want?

If you don’t want to work hard, that’s fine. But that’s your choice.

If you do want to work hard, skip the gimmicks. Don’t worry about being clever. Just be constant. Drive, Courage, Knowledge and Honesty. Get on that path and stay on it and you’re on your way to a million bucks a year.

Smarketing The Bastard Child of Sales and Marketing

Does One Size Fit All?

No comments to show.

What Is Group Personal Accident Insurance?

Amazing Advantages To Choosing Custom Logo Rugs For A Lifetime